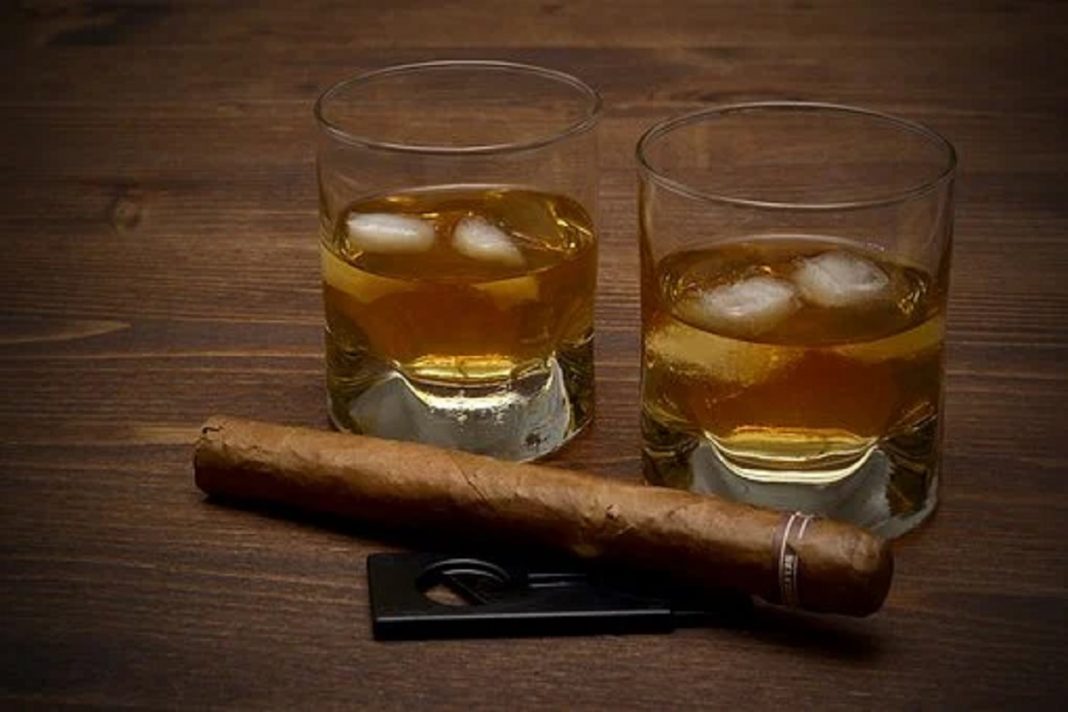 Drinking a little bit is considered a gentlemen activity. Limited quantities are being used as a diet from the ancestor. Why don’t choose the best one that not harming your health? But unfortunately, all drinks are bad for health for at least the minimum percentage. Whisky is one of the drinks chosen for drinking. Firstly, what is whisky? What it is made up of? Whisky is an alcoholic beverage made by distilling the fermented grain mash. The grains used in the whisky are barley, corn, rye, and wheat. Different types of whisky or whiskies are classified based on the process and grains used for preparation.

The American Whisky is made by fermenting the cereal grain. The blended whiskies are also produced in America.

Burnt Ends Blended Whiskey: It will have the mixed taste of Tennessee rye and Scotch whisky with meaty touch. It is meaty, smoky, and rich in taste.

Woodford Reserve- Select American Oak: It is made by aging the Ozark oak.

The Australian Whisky is produced in a similar process that followed for Scottish whisky. Whiskies are produced from single malt, rye, wheat, and blended whiskies.

Starward Nova: it is produced from single malt. It is aged in Australian red wine. It tastes like grape, black cherries, and caramel.

Starward Solera:  it is made from Australian malted barley and aged in fortified wine. It is made at the New World Whisky Distillery in Victoria, Australia.

Irish Whisky is also known as ‘uisce betha’ which means “water of life” in Gaelic. The popular brands of Irish Whisky are Bushmills, Jameson, Teeling Whiskey, and Tullamore D.E.W.

Bushmills: it is the oldest distillery in the world established in 1608. Each sip has the taste of apple, dried fruit, and mango which is made from malted grains.

Jameson: it is one of the popular whiskies established in 1780. It is made from a blend of grain whisky and single pot still whisky. It accounts for the 70% sale of Irish Whisky in America.

Teeling Whiskey: it is the newest whisky that started in 2015 and won the ‘World’s Best Single Malt’ award at the 2019 World Whiskies Awards.

Tullamore D.E.W:  it is the second-most popular whisky from Ireland. Each sip has a taste of biscuit, apple, honeysuckle, and mango.

The two most popular whisky brands in Japan are Suntory and Nikka. They are producing whiskies from both single malt and blended malt. The five whiskies available in the UK are Nikka from the Barrel, Nikka Taketsuru Pure Malt, Yoichi Single Malt, The Nikka 12-year old, and Hibiki 21-year old.

While talking about Swedish whiskies, Mackmyra Whisky is a popular whisky in Sweden which started in 1998. It is made from single malt. The gift pack with 4 Mackmyra Classics of 5cl with the cost of 24.95 pounds is available in Havana house. Each of them in the gift box has its own taste and aroma to enjoy.

Cigar and its varieties

As like whisky lovers, there are cigar lovers who enjoy smoking. They smoke separately or with drinks. It causes mood swings in a smoker. A cigar is nothing but a roll bundled with dried and fermented tobacco leaves. There are three parts to cigar and they are filler, binder leaf, and wrapper leaf.  Cigar makes people addictive and everyone has a reason for cigar smoking after it was smoked for the first time. Someone will take for pleasure, someone will take after meals, and someone will take with drinks. Everyone will have their own formula.

Though the cigar with drinks gives additional taste in considering health it is recommended to avoid. The milder drinks will always go smooth with the lighter cigar. Likewise, every cigar has its own properties to be added with drinks. Sometimes the taste of cigars cannot be recognized while pairing with drinks. Strong Bourbon is good to pair with a milder cigar. Tennessee whiskeys can be paired with a lighter cigar. Mild Irish whiskey can be paired with medium cigars. Unmatched pair will cause risk to your health and also give a bad taste.

In Havana house, you can found various cigars of different countries from Cubans to Nicaraguans and the Dominican Republic to German smokes. Here all brands with all price ranges are available. The Havana House has started online stores to order your cigar and other accessories. You can visit the available website for further details and can check the products available.

Drinking whisky has some health benefits like reducing weight; prevent memory loss, good for heart health, best for the immune system, keeps cancer away, and more. Similarly, smoking a cigar reduces the risk of Parkinson’s disease, obesity, and more. But these are very low percentage to its harmful effects. So don’t take advantage of fewer benefits be careful in higher risks.

Are Bananas Good for Diabetes

Why Aussies Would be the Luckiest Vacationers

Your Child’s First Dental Visit – What to Know?

Buying health insurance? Here are the key factors to consider