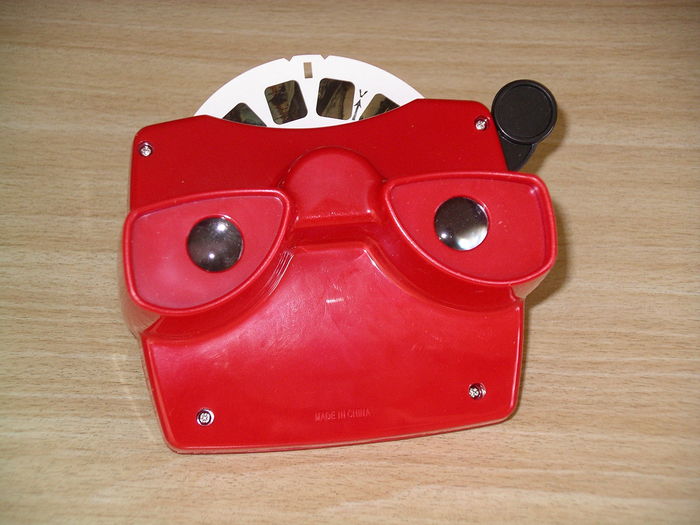 The view master reels were a huge hit among the kids a few years back. Primarily, the tourist attraction and travel views dominated the list of view master reels. The high-quality and colorful photographic images have been an interest to individuals of all age groups. The majority of the current viewfinder reels are designed for kids and young children. Though they are readily available in the market but can be expensive. The best thing is that one can easily make a viewfinder with reels of their own. The article highlights the DIY making of viewfinder reels.

To make one’s viewfinder reels, one needs the following elements:

When one intends to create DIY view master reels, every aspect needs to be in focus. Hence, using the A-setting, known as the aperture priority on the camera must be considered. In addition, the smallest diaphragm, measuring 22 or less can be used. When a small diaphragm is in use, one can utilize long shutter times. Thus, a tripod can be beneficial in such a situation and a wide-angle lens, measuring 28mm or more should be perfect to capture pictures.

The weather conditions and the scenery

Since one has to capture two almost similar pictures, the weather is preferred without the wind. The slow shutter speeds demand a bright day. When the DIY creator selects the scenery to shoot, he/she must choose that has a lot of depth. It should be something close by, far away, and in the distance. Moreover, the captured scene must be static without any movement. Thus, capturing animals and people moving is a big no. As long as there is no wind, or minimal wind, capturing clouds and trees seems alright. One needs to take into account that only a small portion of the picture will be used in view master reels. Thus, one must be imaginative enough while clicking so that the result is excellent apt for viewfinders.

Once everything is set, it is time to shoot pictures. One needs to capture two similar pictures for every three-dimensional image that he/she wants to create. The pictures need to be captured from a position close to each other. If the images are farther away, the distance between the two images also needs to be more. It is always recommended by experts that one must capture the left shot first, followed by the right.

The first shot frame must be given time and eventually, the camera needs to be moved and shot, followed by the second shot. There is no need to frame the second shot, one just needs to move the camera and shoot. The faster it is done, the better so that the pictures captured are almost similar to each other. When all the desired images are captured, one needs to bring the roll to a shop where it can be developed and wait for a couple of days before they are delivered.

While the film takes a couple of days or more to develop, it is a good idea to get the reed cards ready. One can design the view master reels in Adobe Illustrator or even in Adobe Acrobat Reader. Using the laser cutter, one needs to get the reels cut out of the card stock. Using two colors is preferred so that it is easier to see what the front side of the reel is on the outcome. In case, one doesn’t have a laser cutter, one can also get the reels cut out in specialized shops dedicated to the view master reels.

How does the reel work?

Before starting to put the pictures in, one must be aware of the following aspects.

The moment when one gets hold of the pictures printed, choosing them for the viewfinder reels becomes the top priority. The following steps can be initiated.

In this stage, the following activities are executed for montaging the frames for view master reels.

After putting the reels in the DIY view master, one will be amazed at the outcomes.

The whole process of creating a DIY view master reels might seem tough and confusing in the beginning. If one gets hold of all the necessary items and starts following the step-by-step process, it can be fun and interesting.

How to choose the best large format printer

Don’t spend money on others to create your resume use resumebuild.

An Easy Guide For You To Know About Data Center Migration