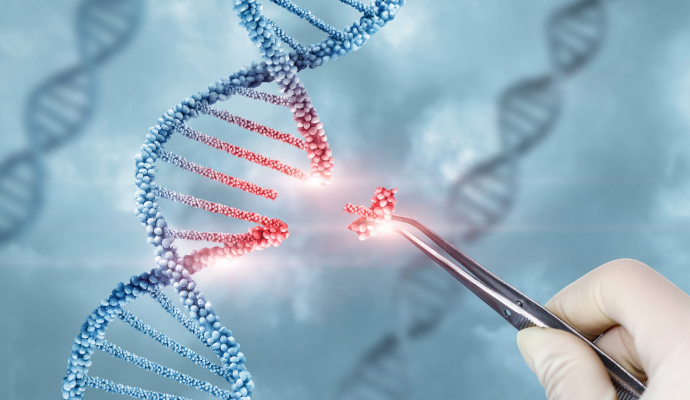 Some medical conditions, including serious infections of the brain such as encephalitis and meningitis, are difficult to diagnose. In fact, they’re often misdiagnosed. This is because the symptoms so closely mimic other illnesses. Many children have been sent home from the hospital with medication to treat ear infections, when the real culprit was much more sinister. In many situations, this leads to a poorer outcome for the patient because life-saving treatment was not administered in time. Fortunately, mNGS, or metagenomic next generation sequencing could be the solution.

What Is Metagenomic Next Generation Sequencing?

Though it’s a tongue twister to say, metagenomic next generation sequencing is easy to describe. In layman’s terms, it’s a method used by some laboratories to examine a single specimen for many, many contaminants. Generally, mNGS can effectively be performed on multiple types of samples, including:

In these specialized laboratories, a single patient sample can be tested for various microorganisms that cause disease, including parasites, viruses, bacteria, and fungi.

Why Isn’t Every Laboratory Using mNGS?

Unfortunately, mNGS has limitations today. In order for the process to work the way it’s intended, there must be existing, up-to-date databases, or libraries, with which to match the findings. Also, testing is so sensitive that the ways in which specimens are collected sometimes affect the outcomes. There must also be technology capable of interpreting the data. Lastly, this all costs money. In fact, a single mNGS test can cost upwards of $2,000.

What this means is that not every clinical laboratory is set up to perform mNGS. Still, the technique is revolutionary because it eliminates the need for cultures, serology, and other diagnostic methods, and it shortens the time needed to make a diagnosis, which could save a life.

What Are the Other Benefits of mNGS?

The benefits of mNGS are staggering. And once the technology catches up, mNGS will have far-reaching capabilities for many clinical laboratories. These include:

It’s easy for scientists to see where mNGS could lead, but the process is still somewhat in the earlier stages of its development. As a result, it still faces many challenges and suffers from many limitations.

How Could mNGS Benefit Me or My Loved One?

SARS-CoV-2 is a prime example of how mNGS benefits the average citizen. This illness, also known as COVID-19, first manifested as an unusually severe form of pneumonia in a cluster of patients in Wuhan, China. The rate at which it soon encompassed the world was unexpected and devastating. However, the expediency at which the virus was identified and a vaccine developed was largely due to next generation sequencing. Scientists used NGS to rapidly sequence the genetic samples and mNGS to identify the source. It happened like this:

This is a very simplistic overview of what actually occurred. However, based upon the results, life-saving vaccines were able to be formulated in record time, and many lives were saved. And it was mostly due to mNGS and the scientists who stand behind it.

Where It All Began: Juvia’s Place by Chichi Eburu Origin Story

WHAT CONSIDER WHEN TRANSPORTING NITROUS OXIDE

Tips To Help You Take Care Of Your Skin