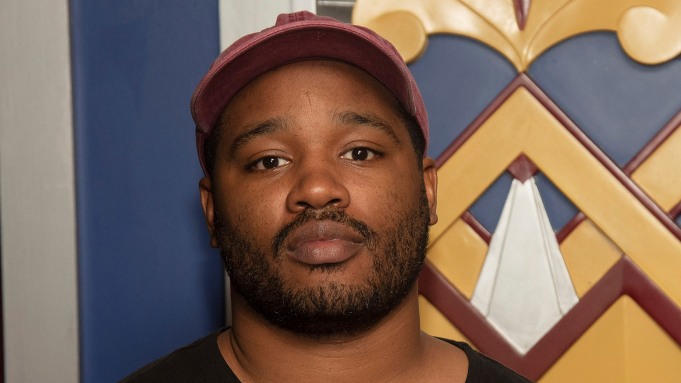 The Atlanta Police Department released bodycam video on Wednesday that showed two officers with their guns out just before they detained “Black Panther” director Ryan Coogler in January.

Coogler was attempting to withdraw $12,000 from his account at a Bank of America branch, when the teller became suspicious. Coogler had passed a note stating that “I’d like be discreet,” prompting the teller to stall for time and then call 911.

One officer could be seen unholstering his gun, just before putting Coogler in handcuffs. “Whoa whoa, what’s going on?” Coogler asked.

The officers also detained a driver and a nurse who were waiting for Coogler outside. It took about 10 to 15 minutes for the officers to sort out the confusion and take off the handcuffs.

Coogler explained to the officers that he was pulling money out in order to pay a household employee who prefers to be paid in cash. In the video, Coogler appeared shaken by the incident.

“I ain’t had guns on me in a while, bro,” he said. “It’s a major problem, man… I just had guns drawn for taking money out my own account.”

Earlier in the video, Coogler told one of the officers who was escorting him to a squad car to look him up on the internet.

“Apparently he’s a big shot or something like that,” the officer said on the video.

The police also released the 911 call, in which the teller explained why the note made her suspicious. She said that Coogler had inserted his debit card and was carrying a California ID. She also said that Coogler was wearing black sunglasses and a black hat.

“Every time I asked him a question he was like, ‘Look at the note,’” she said. “I told him give me one moment, I have to get my manager.”

Coogler explained to the officers that he wanted to be discreet because he was concerned about his safety, and didn’t want to say out loud how much money he was withdrawing.

Coogler is in the midst of shooting “Black Panther: Wakanda Forever,” the sequel to the superhero film, in Atlanta.

Coogler asked for the officers’ names and badge numbers after he was taken out of handcuffs.

Coogler issued a statement about the incident on Wednesday morning.

“This situation should never have happened,” he said. “However, Bank of America worked with me and addressed it to my satisfaction and we have moved on.”

Stevie J Has Woman Pleasure Him During A Live Interview; Internet Reacts In Shock

Check These Website Design Ideas For Small Businesses In Singapore!

Start A Healthy Haircare Routine To Save Yourself From Severe Hairfall