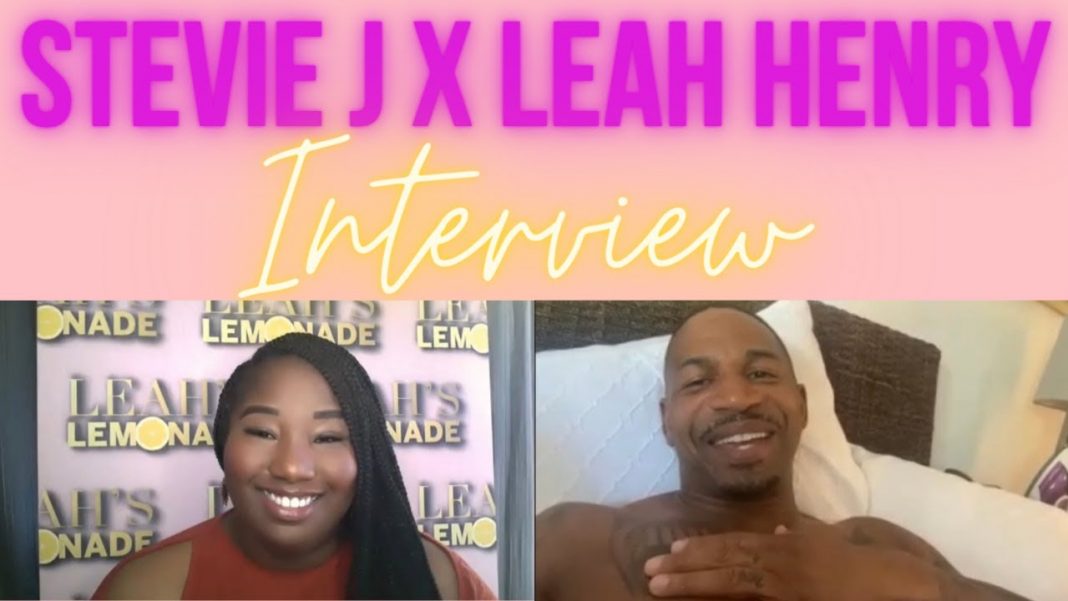 During a discussion with Leah Henry for her show “Leah’s Lemonade,” the former Bad Boy producer had a woman pleasure him during a Zoom interview.

At the top of the clip, he says to an unnamed woman, “Aye Yo … can you suck me off?”

The woman must have checked him and asked if he was aware of what she was about to do while he was being interviewed live, and Stevie replied, “I know what I said.”

Leah Henry kept it professional and tried to push through the interview as the reality show star kept moaning in pleasure.

Stevie smiles in the camera and then looks back at the girl pleasing him, just after Leah asks the ironic question.

“Doing too much,” one person wrote.

Another person blasted him for being too old for these kinds of shenanigans.

Some suggested that he was purposefully acting out because the journalist was a woman.

“Any other interview be wouldnt of done that. Respect goes a very long way. Stevie could of did the interview at a later time.”

“Why are people even interviewing Stevie J in 2022?” one person asked.

“That’s exactly why Stevie J is where he is in life cause he don’t take nothin serious,” another fumed.

These Guys Were All in Talks to Beat Up Timothée Chalamet in Dune: Part Two

A Comprehensive Guide On Assisted Living