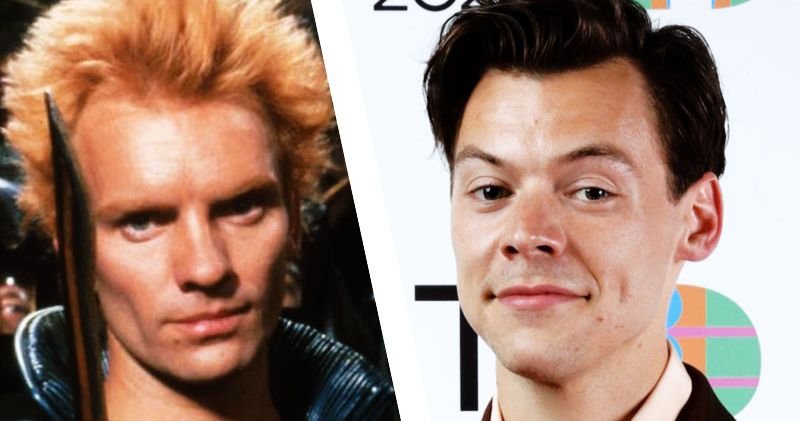 The thing about Sting’s performance as spiky-headed Harkonnen baddie Feyd-Rautha in 1984’s Dune is it’s kind of impossible to follow Sting’s performance as Feyd-Rautha in 1984’s Dune. It’s just so weirdly sexy (okay, Bowie’s Goblin King in Labyrinth was able to follow it, but that’s it). I personally assumed that the character wasn’t in Denis Villeneuve’s Dune because Sting was busy and he’s 70. But Feyd-Rautha will appear in Villeneuve’s Dune: Part Two, and Deadline reports that Austin Butler is in negotiations to play him. It turns out the next rival whom Timothée Chalamet has to face will be played by an Elvis impersonator, which is technically Butler’s job description now.

But here’s where things get … spice-y. New York Times reporter Kyle Buchanan tweeted a link to the Deadline article and added that “they also looked at Harry Styles and Tye Sheridan for this role …” That ellipsis has us going hmm … in a big way. Did Villeneuve see Styles’s performance in Eternals and go “Scrap it”? Did he watch The Card Counter and say, “That’s quite enough family vengeance from Tye Sheridan, thanks”?

Elsewhere in the Duneiverse, Deadline reported on Tuesday that Florence Pugh is in negotiations to play Princess Irulan Corrino, eldest daughter of the Emperor and possible romantic rival to Zendaya. If Pugh is cast, they will contractually have to change the spelling of the movie to Dughne: Part Twugh.

Stevie J Has Woman Pleasure Him During A Live Interview; Internet Reacts In Shock